Operetta is the third play and final work of Witold Gombrowicz. 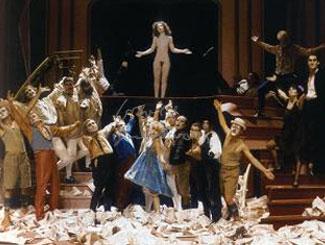 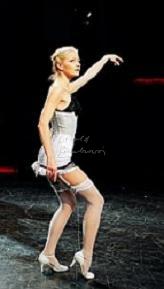 Witold Gombrowicz worked on Operetta for over fifteen years before finally arriving at the definitive version: First, from 1950-1951 (during his work hours at the Banco Polaco in Buenos Aires), and second, from 1958-1960 (in Tandil, Argentina). These drafts were edited together in 1975 to form a book titled History (Operetta).

The third and final version of the work, begun in Vence in December 1964 and finished in August 1966, was first published in Polish in the same volume as the Diary 1961-1966, Ed. Literary Institute, Kultura, Paris, 1966. 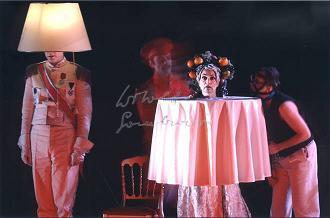 Witold Gombrowicz considered Operetta first and foremost a play, a parody of the form of the operetta, and thus did not wish to add a definitive musical score.
This is why directors have the freedom to use the music of their choice in their productions, these being traditional operatic airs or original scores commissioned especially for the piece. 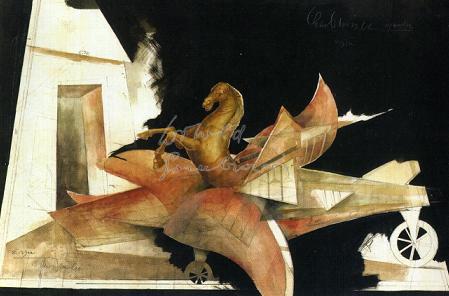 Witold Gombrowicz died in July 1969, and so never knew the glory of Operetta’s successes. The first production of the play took place in November of the same year, in Italy, at the Teatro Stabile of L’Aquila in a production directed by Antonio Calenda.
In January 1970, Jacques Rosner—who was able to consult Witold Gombrowicz about Operetta a few days before the writer’s death—presented his production of the play in Paris at the Théâtre National Populaire in the Palais de Chaillot.

In Poland, Operetta’s premiere took place in Łódź in April 1975, and was directed by Kazimierz Dejmek. 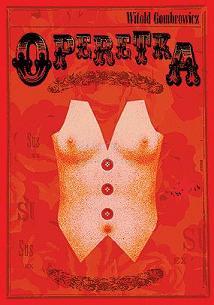